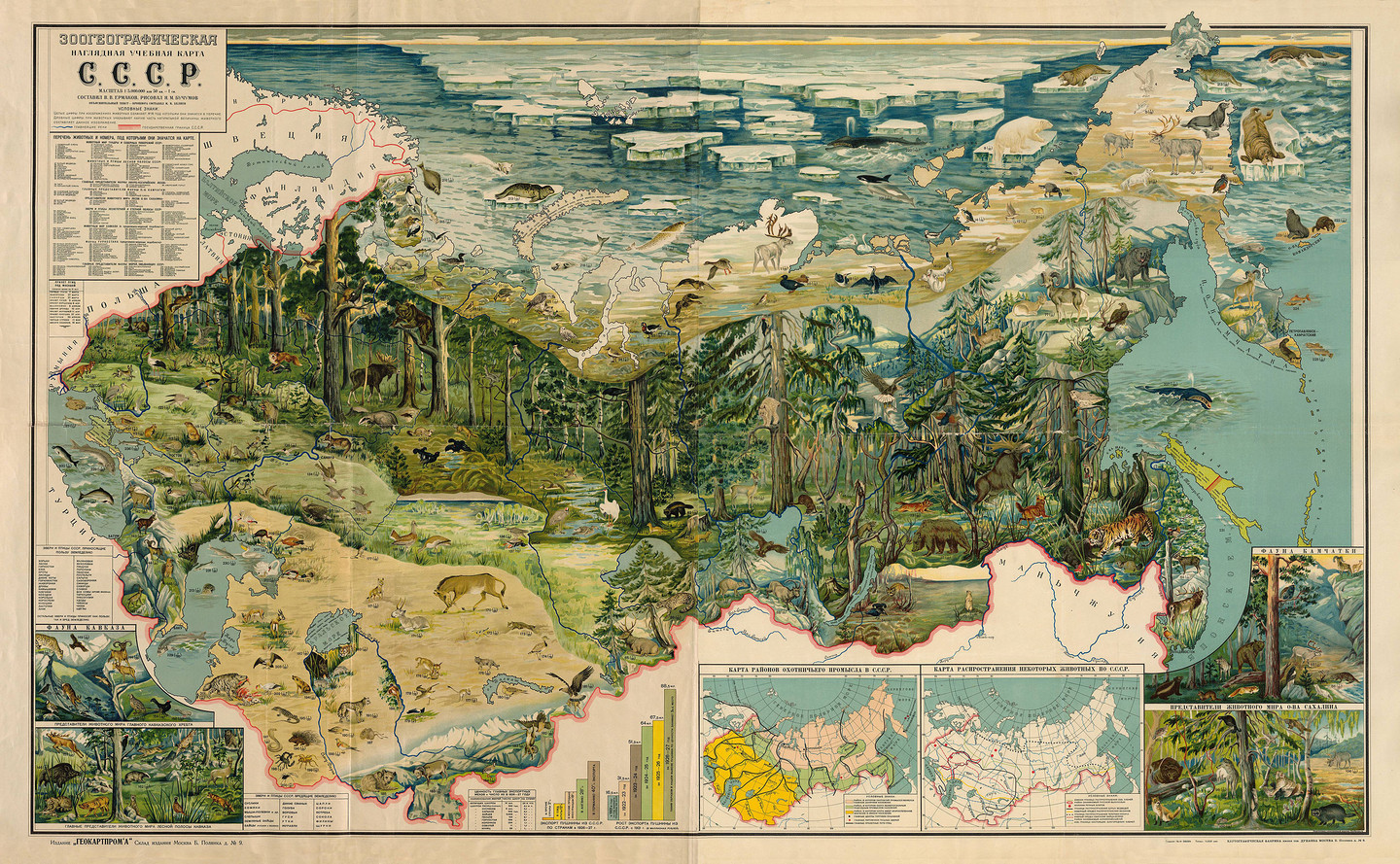 The two great Fedorovian projects—the geo-engineering of the earth and the resurrection of the dead—are linked together by a third project that underlies the other two. The most important part of Fedorov’s “common task” is the overcoming of human alienation. For Fedorov, the most pressing thing that humans need to do is restore a sense of “kinship.” The biggest problem isn’t that nature is against us and needs to be geo-engineered into conformity, or that we need to raise the dead in order to repay our debts to our ancestors. The biggest problem is that we live in a state of alienation. Alienation from each other, from nature, and from time itself.

The project of “kinship” is subtle—it involves overcoming dualisms, mediations, and representations. Fedorov imagines a world of kinship existing beyond subject and object relations, mind and body dualities, oppositions between nature and culture, divisions of labor in human societies, and even the distinction between life and death. For Fedorov, these dualisms are produced through—and are productive of—a state of “alienation” characterizing the human condition.

According to Fedorov, our underlying cosmology presupposes that we are not a part of the universe, so much as beings that stand outside of it. We study the cosmos from a point of detachment; we do things to it from afar. A scientist studies the dynamics of famine but is insulated from its effects. The physicist’s research enables the development of better weapons, but she or he is insulated from the effects of those weapons. But even more fundamentally, there’s a division between inquiry and responsibility; we live in a society where we can study things without being responsible for changing them. For Fedorov, this isn’t just an ethical problem—it’s a metaphysical problem.

It seems to me that, for Fedorov, the geo-engineering of the earth and the resurrection of the dead are meant to abolish alienation on both a spatial axis and a temporal one. By geo-engineering the earth and the universe, we resolve the problem of alienation from the cosmos. By resurrecting the dead we solve the problem of alienation from time. Together, they facilitate a grand unification of space-time in a metaphysics of kinship.

This reunification of space, time, and consciousness is to be overcome through practice, not theory. On the spatial axis, this means doing away with the idea of nature-as-distinct from humans. If there’s no “nature,” then there’s only nature-as-produced-by-humans. That being the case, humans should not feel nostalgic or sentimental towards nature. Nature should be guided and controlled by humans in the service of kinship. What’s more, only by actively sculpting nature in unsentimental ways can we overcome alienation, because the practice of sculpting the world around us is both the theoretical and practical solution to alienation. Indeed, for Fedorov, such an undertaking would collapse the distinction between theoretical and practical knowledge/action. The solution to the nature-culture divide is the total geo-engineering of the earth.

Now, we see echoes of this attitude in some of the more stupid versions of “Anthropocene” theory—i.e., the idea that nature doesn’t exist and so we should just get on with it. But the much more radical proposal in Fedorov is that we can apply that same idea not only to the planet, but to time. Not only does Fedorov want to collapse the distinction between humans and nature, he wants to collapse the distinctions between the past, the present, and the future in a great project of temporal engineering. This temporal engineering is related to the second of the great Fedorovian projects, which is of course the resurrection of the dead.

The following quote is at the crux of it: “Death can be called real only when all means of restoring life, at least all those that exist in nature and have been discovered by the human race, have been tried and have failed.”1

Fedorov is making a remarkable claim here: that the dead aren’t really dead. Because we don’t know whether we can resurrect the dead, we don’t know if the dead still have the possibility of life. If we can raise the dead at some point in the future, then that means that death might not be final after all. And if death isn’t necessarily final, then the dead aren’t actually dead.

This idea of the dead-not-really-being-dead is central to Fedorov’s conception of history and time itself. And it has huge implications for those of us who think about time as an arrow sailing in one direction from the past into the future. For Fedorov, it is part of our duty to appropriate that arrow of time, and set it in both directions, or stop it all together.

The resurrection of the dead, for Fedorov, is part of the common task whose goal is to overcome alienation, or “unbrotherliness.” If Fedorov’s geo-engineering proposals constitute a kind of spatial axis of the common task, the resurrection of the dead constitutes a temporal axis. In other words, just as the planet and universe should be reengineered for humans to develop full consciousness, so must time itself be engineered as a part of that project.

Fedorov is harshly critical of the nineteenth-century notion of progress. “Progress,” he claims “is a sense of superiority, (1) of an entire generation of the living over their ancestors, and (2) of the younger over the old … it is the replacement of love by presumptuousness, contempt and the moral, or rather immoral, displacement of fathers by sons.”2

progress involves superiority not only over the fathers (still alive) and ancestors (already dead) but also over animals … Progress makes fathers and ancestors into the accused and the sons and descendants into judges; historians are judges over the deceased, that is, those to have already endured capital punishment (the death penalty), while the sons sit in judgment over those who have not yet died. 3

And finally, “although stagnation is death and regression is no paradise, progress is truly hell, and the truly divine, truly human task is to save the victims of progress, to lead them out of hell.”4

So, for Fedorov, the problem with the notion of progress, and history more generally, is that it produces alienation—alienation from one generation to the next, and from the present to the past.

And just as Fedorov’s geo-engineering seeks to collapse the philosophical and the practical, and the subject-object binary through praxis, so does his theory of history and time try to collapse distinctions between the past and the present, and the historical and contemporary that he feels reproduce a world of alienation. For Fedorov, we’re not only alienated from nature, we’re alienated from time.

Part of the problem is philosophical. The commonsense notion that history is a series of accumulated facts that are written down and that we learn about is a huge problem for Fedorov, because it recapitulates the subject/object contradiction, the nature/culture contradiction, and the representational/real contradiction.

As Fedorov puts it: “For scholars, history is judgment, judicial sentences passed by them on the deceased.”5

Just as these distinctions have to be collapsed through geo-engineering on the spatial axis, on the temporal axis the distinction between the past, present, and future also has to be collapsed. And again, that collapse for Fedorov comes through practice. The practice of raising the dead is the solution to the alienation that’s caused by the present/past, history/contemporary contradictions. 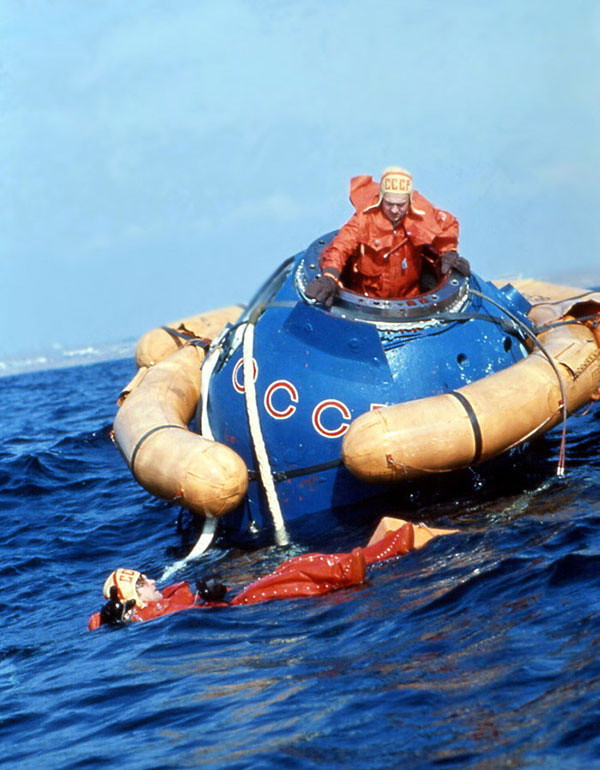 If we adopt Fedorov’s worldview—where humans have to take responsibility for engineering the spatial axis of the climate, the planet, the solar system, and even the universe, and also have to take responsibility for the temporal axis of the past, present, and future—then we have to think about how to develop an ethical relationship to the engineering of time. For Fedorov, as I said before, the most important part of the project to take responsibility for time is to resurrect everyone who has ever lived. If we’re responsible for time, and the dead are not truly dead, then allowing our ancestors to remain dead and in their graves (or with their particles scattered around the universe) would be the same thing as seeing our families and friends wounded and not calling an ambulance.

In sum, Fedorov’s notion of time is very different from a Newtonian conception of time as an arrow or of a great clock counting off the seconds. It’s also different from the eschatological notions of time we find in the Abrahamic religions and Jewish, Christian, and Islamic theology. For Fedorov, time isn’t an arrow so much as it is a landscape. And just as Fedorov’s ideal of kinship connects us to distant galaxies, it connects us across time to generations of people who have died in the past and who will be resurrected in the future. Time for Fedorov is not linear but a topology whereby the past can be the future, the future can be the past, and where humans are central to the ethical stewardship of temporality.

In the end it seems that in Fedorov’s philosophy, the full realization of kinship would spell the end of time and space. Space would be fully connected and managed through kinship, and the universe would have no “outside”—there would be no frontiers. Similarly, full kinship seems to indicate an end to time, where the past, present, and future exist simultaneously and everyone who had ever lived is present and immortal.

Indeed, this is what Fedorov seems to mean when he concludes his Philosophy of the Common Task with the following passage:

For the vast intellect able to encompass in one formula the motions both of the largest celestial bodies in the Universe and of the tiniest atoms, nothing would remain unknown; the future as well as the past would be accessible to him. The collective mind of all humans working for many generations together would of course be vast enough—all that is needed is concord, multi-unity.

So … what do we have to learn from all this?

To be sure, there is a lot of fun stuff to think about in Fedorov; there are all sorts of ideas that definitely do not feel like they’re a part of the continental philosophy tradition that so many of us were trained in. So that’s fun.

But, Fedorov’s philosophy is all premised on a particular reading of the Bible, and assumes a lot of Christian premises.

Fedorov assumes that the cosmos was created by God for men. He assumes that the Bible is infallible and that the Bible is actually a blueprint that humans should follow—that our task is to create the Kingdom of Heaven on earth. That’s where all this business about resurrection and immortality comes from. What’s more, in Fedorov’s philosophy, the righteousness of geo-engineering the earth and resurrecting the dead is guaranteed by God himself. As long as we carry out the instructions provided to us by the divine, there’s not much that can go wrong.

But if we take that transcendental guarantee away—i.e., if we remove God as an underlying benevolent force guiding human actions—things can go very wrong very quickly. Resurrecting the dead goes from a project of creating heaven on earth to creating a zombie apocalypse. Geo-engineering the earth turns into a project to shroud the earth in permanent darkness rather than cut fossil-fuel emissions. If there is no God out there who created the earth for us and is guaranteeing that we don’t mess it up, then we better be very humble about what we imagine our place in it is.

Nonetheless, Fedorov is right that we need to stop thinking of nature as something outside ourselves. I just think we should be far less cavalier about the alterations we make to the environment than Fedorov suggests.

On a much smaller scale, however, I think that Fedorov gives us an opportunity to think about temporal engineering and the ethics of time-bending technologies. Over the last hundred years or so, humans have developed some incredibly powerful tools of warping time, and we don’t have a very sophisticated set of theoretical tools for thinking about them. 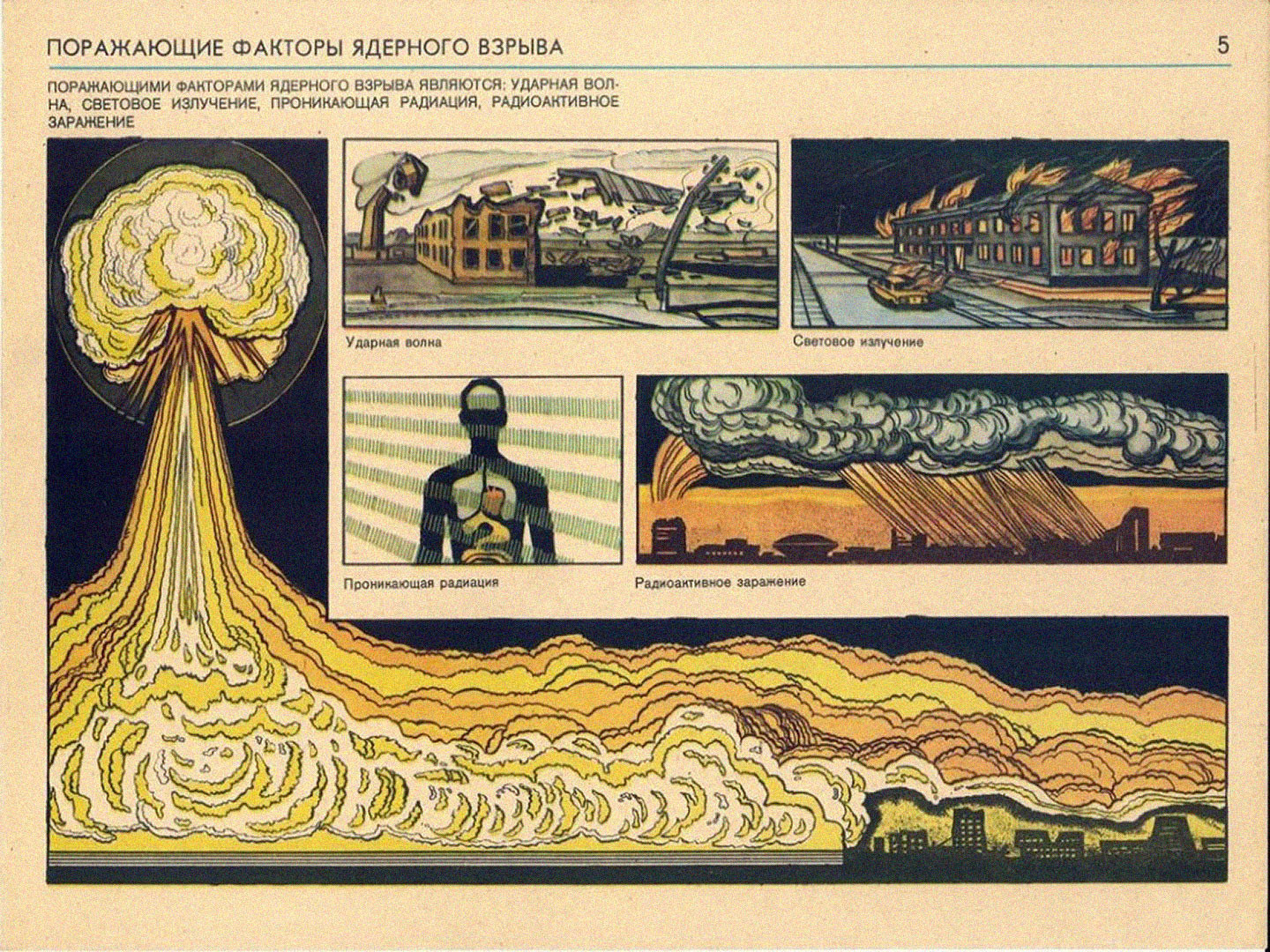