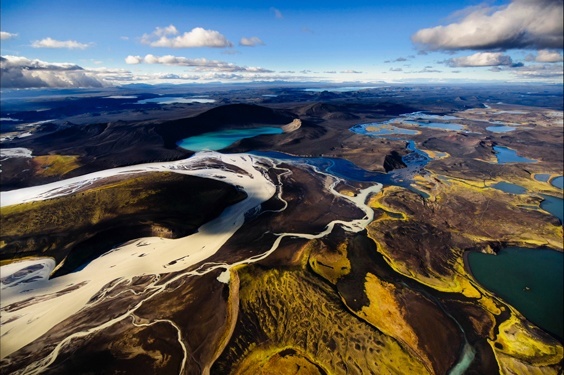 “Abundance within planetary boundaries requires a deep mind-shift. Not growth without limits. Not limits to growth, but growth within limits.”

We’ve entered the Anthropocene—the era of massive human impacts on Earth—which redefines our future. Our actions are now threatening to trigger tipping points that could knock the planet out of its stable state. In this book, the authors bring together science, photography, and storytelling to share the latest insights on the necessity, possibility, and opportunities presented by a new development paradigm—abundance within planetary boundaries. Safeguarding the remaining beauty on Earth, and using global sustainability to unleash innovation and build resilience, are at the heart of this new narrative of world growth within Earth’s limits. 2015 is the most important year of enviromental decisions in decades. The UN will renew its Millenium goals and world leaders will meet in Paris later in the year to renegotiate the Kyoto Protocol. 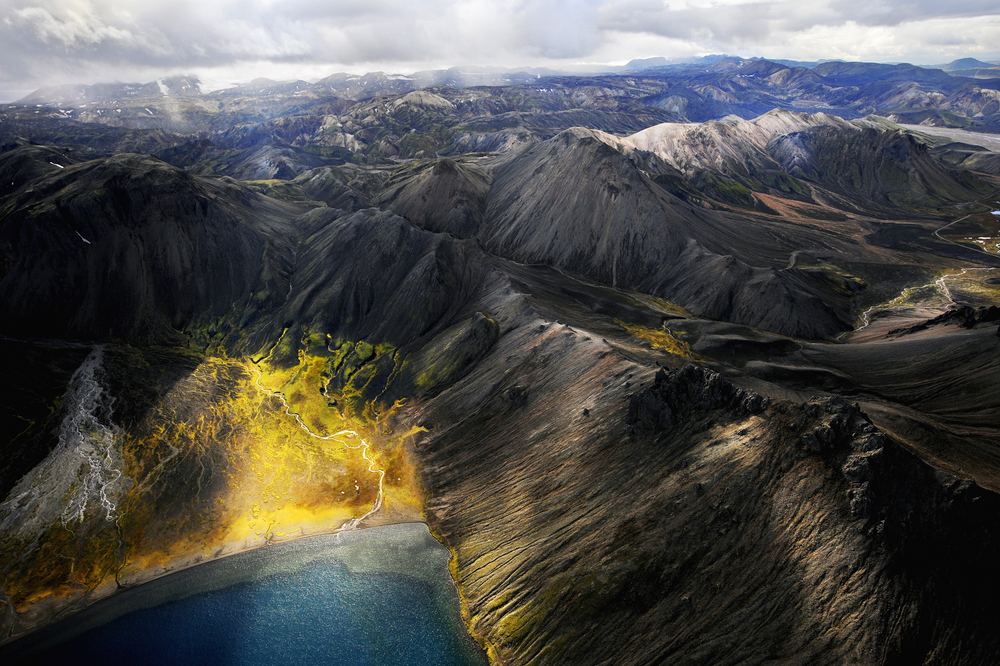 The Landmannalaugar area is famous for its natural beauty and many different geological elements. The mountains in the surrounding region display a variation of colors.

1. Open Your Eyes
The numbers are overwhelming. The planet’s under unprecedented pressure. Too many forests cut down. Too many fish pulled from the sea. Too many species gone extinct. The Earth’s being battered by humanity—and it’s coming from every direction. Greenhouse gases. Ocean acidification. Chemical pollution. It has all reached a point where our future is at risk. For the first time in human history, we may have pushed the planet too far.

2. The Crisis is Global and Urgent
It’s happened so fast. In just two generations, humanity has overwhelmed Earth’s capacity to continue supporting our world in a stable way. We’ve gone from being a small world on a big planet to a big world on a small planet. The home we’ve known for 10,000 years—the one that’s supported us and encouraged our success—is changing, and our future depends on our ability to respond.

3. Everything is Hyper-connected
In a shrinking world, seemingly unrelated events can be links in the same chain of cause and effect. Nature, politics, and the economy are now interconnected. How a worker commutes in Stockholm affects the farmer in Ecuador. The web of life is fully connected, encompassing all of the planet’s ecosystems, and every link of the chain matters.

4. Expect the Unexpected
As the Earth changes, we can expect surprises. The forces driving planetary change are complex and likely to throw us a few curves. In the past, we could assume that the big systems we relied on—from political to ecological—were stable and predictable. In the future, the only constant will be change. Surprise is the new normal.

5. Respecting Planetary Boundaries
As many scientists have warned, nothing is more important than to keep from triggering disastrous tipping points in Earth’s fundamental processes. Fortunately, we now have enough data to define boundaries which, if transgressed, could lead to big problems, even catastrophes. If we respect those boundaries, we can follow a safe path to unlimited opportunities into the future.

6. The Global Mind Shift
Ever since the industrial revolution, we’ve had this crazy idea that are actions are without consequences. That we can take nature or leave it. But as any farmer can tell you, that isn’t the case. It’s not a question of choosing jobs or the environment, because they depend on each other. That’s why we say we need a “mind shift” to reconnect people with nature, societies with the biosphere, the human world with the Earth.

7. Preserving the Remaining Beauty on Earth
We take it for granted, the world that we love—and we’re destroying it so quickly. The light of dawn on the prairie. The silvery flash of fish in a stream. The cry of a hawk over a forest. Everybody has their own idea of the beautiful, and we’ll surely miss it when its gone. It’s time to fight for the remaining natural systems that support the beauty on Earth—not just for their own sake but also to safeguard our own prosperity.

8. We Can Turn Things Around
We have the tools to do what’s required—the intelligence, creativity, and technological know-how. We can bend the curves of all the negative trends. We can feed nine billion people without destroying our forests. We can deliver power to our economies without burning coal. But not the way we’re doing things now. Business as usual is no longer an option.

9. Unleashing Innovation
Humanity has an incredible ability to overcome even the most daunting of challenges. Once people understand the risks of continuing along the current path, they’ll search for creative—and profitable—alternatives. That’s how innovation works. The planetary boundaries will help. By defining thresholds and a maximum allowable use of resources, ecosystems, and the climate, we can trigger a new wave of sustainable technological inventions, with an abundance of ideas and solutions for human prosperity and planetary stability.

10. First Things First
Let’s be realistic. Inspiring a “mind shift” to sustainability could take a generation, and we should have started long ago. If we wait 30 more years, it will be too late. So we advocate a two track approach: 1) tackle the most urgent problems right now, such as climate change, nitrogen and phosphorus overload, and loss of biodiversity, but also 2) do everything we can to reconnect with nature over the long term. The Earth deserves nothing less. Our world depends on nothing less. 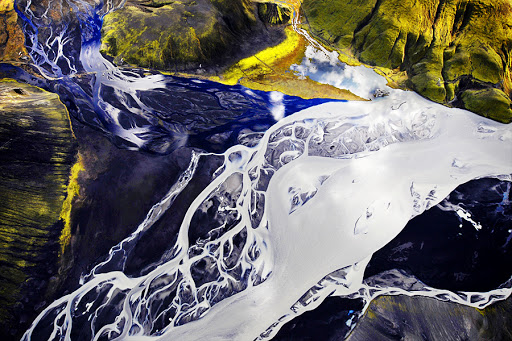